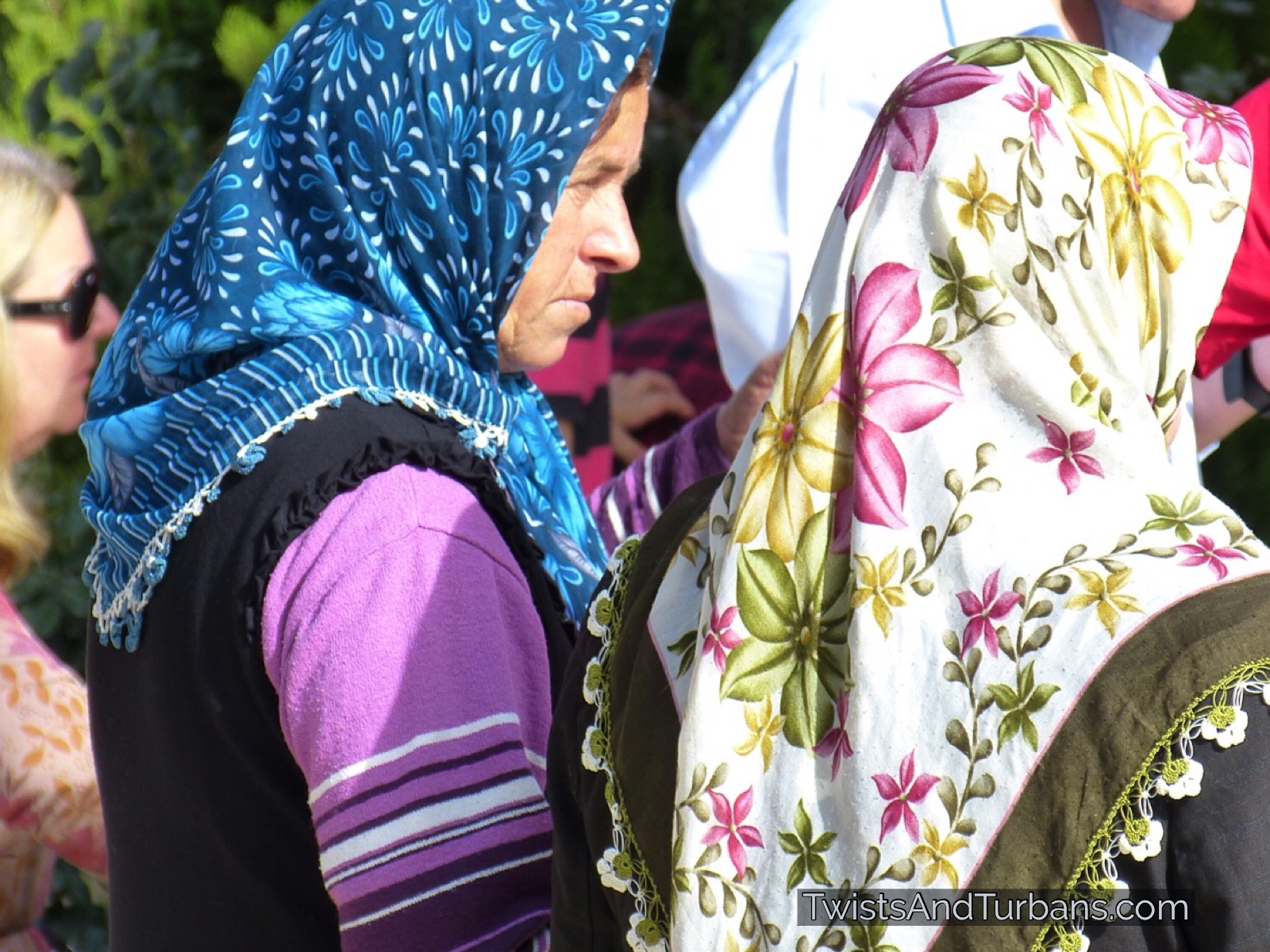 Headdresses From Around The World?

Headdresses from around the world and how they are used as culturally. The headdresses, head covering or headwrap is used to cover the entire head leaving the face uncovered. It is used to protect the head from the environment, fashion, social status, a form of modesty, religion, hide baldness or for special occasions. In Africa, women wear head coverings such as the

In Ghana women usually where the duku on religious days. Also, the Nigerian headwrap known as the gele is an elaborate large headdress. Typically they are worn to special events and ceremonies and weddings. The Gele is usually accompanied by traditional attire that may have the same pattern itself.

Mallawian women usually wear the duku to funerals and are traditionally considered conservative styled headwraps. Additionally, they may wear them as a source of protective headwear.

Shangaan women in Zimbabwe wear dhukus as a fashion accessory to complement there wardrobe.

Married Orthodox Jewish women where headwrap called tichel to cover their hair to promote modest dress under the religion Judaism. ?

What is a tichel (headwrap)

?Tichel (Yiddish ???? tikhl), also called a mitpachat (Hebrew ????????? mi?pa?at), is the Yiddish word for the headscarf worn by many married Orthodox Jewish women in compliance with the code of modesty known as tzniut, which requires married women to cover their hair.[1] Tichels can range from a simple plain color cotton kerchief tied in the back to elaborate head coverings using multiple fabrics and tying techniques.? (Source)

Video on 3 Fun Ways To Tie A Jewish Head Scarf

Fengguan (Chinese: ??; pinyin: f?nggu?n) is a traditional type of Chinese headgear for women. It was worn mainly by noblewomen during the Ming Dynasty for ceremonies or official occasions. It is also traditional headgear for brides.

Fengguan means “phoenix crown”, a name that originates from its adornments: phoenixes made of inlaid kingfisher feathers, as well as gold dragons, beaded pheasants, pearls, and other gemstones. One of the earliest phoenix crowns that have been excavated belonged to Empress Xiao of the Sui dynasty.[1] The type became most popular during the Ming Dynasty[citation needed], with many changes made over time. (Source)?

The term headdress, head covering or turban are used interchangeably and is worn by both men and women. ?This article gives great info on why it is worn. Also, Islam women of this region wore hijab as a form of head covering for modesty and religion.??

A turban (from Persian ???????, dulband; via Middle French turbant) is a type of head covering based on cloth winding. Featuring many variations, it is worn as customary headwear by men of various countries] Communities with prominent turban-wearing traditions can be found in the Indian subcontinent, Southeast Asia, the Arabian Peninsula, the Middle East, Central Asia, North Africa and the Horn of Africa.
Wearing turbans is common among Sikhs, including women. The headgear also serves as a religious observance, including among Shia Muslims, who regard turban-wearing as Sunnah Mu’akkadah (confirmed tradition) (Source)?

?South American headdress? are made from bird feathers, however, are not usually part of

everyday dress. Feathers are acquired by rearing birds for their feathers, by hunting, or by trade. The production of headdresses is thus often expensive or labour-intensive, and the headdresses themselves are fragile and too delicate for daily use. Feathers are therefore frequently a status-symbol, worn on ceremonial or ritual occasions.

The most striking examples of feather headdresses come from the Amazon area of South America, from Hawaii and Papua New Guinea in the Pacific, and from Africa. The largest collection of headdresses on display in the Museum comes from South America, especially from Guyana.

Feathers are worn in South America at initiations, at funeral rituals, by shamans, for social visiting, to express group identity, to mark life stages, or to exercise political power. Feathers are used for these purposes for a number of reasons, not least because of their beautiful bright colours.? (Source) The Catholic Church required head covering for Catholic women in their 1917 Code of Canon Law. With the introduction of the ordinary form of the Catholic Mass at the Second Vatican Council in the early 1960s, many women stopped wearing their head coverings, and Protestant Churches soon followed. However, the Catholic Church?s 1917 head covering requirement was not abrogated until the 1983 Canon Law revision. In recent years, there has been a renewal of head covering within Catholicism, most especially from the post-Vatican II generation. As the holy tabernacle is veiled in every Catholic Church, women are veiling their dignity as the most beautiful creation of God. Even so, hats, scarves, hoods, mantillas, (a sheer lace veil) or even handkerchiefs adorn women?s heads within the Catholic Church and Russian Orthodox Church to this day.?

Amish and Mennonite women wear prayer coverings call Kapps that cover the back of the head. These women cover their hair for modesty reasons, as well as carrying out the words ordained in Scripture. Anabaptist women dress simply and modestly as a reflection of their humble lifestyle.

Outside of the Abrahamic faiths, ancient Greek and Roman women covered their heads in public as well. According to historian Lloyd Llewyn-Jones, women of the upper class covered their hair and folded the cloth behind their shoulders. Even full veiling of the head and face was commonplace. The purpose of veiling in this context was a “conscious extension of the house and was often referred to as tegidion, literally meaning ?a little roof.? Veiling was thus an ingenious compromise; it allowed women to circulate in public while maintaining the house-bound existence that their society considered ideal. 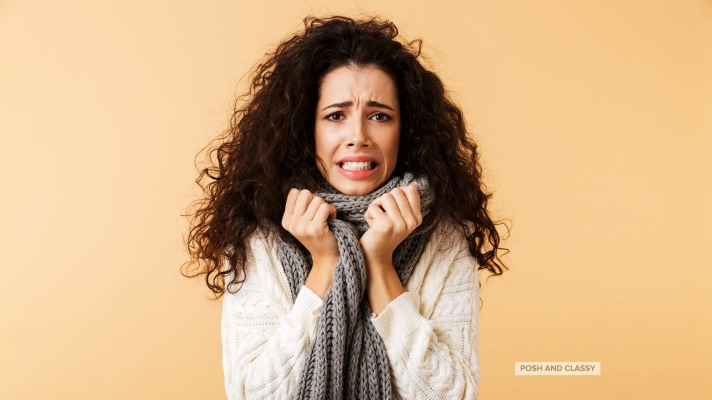 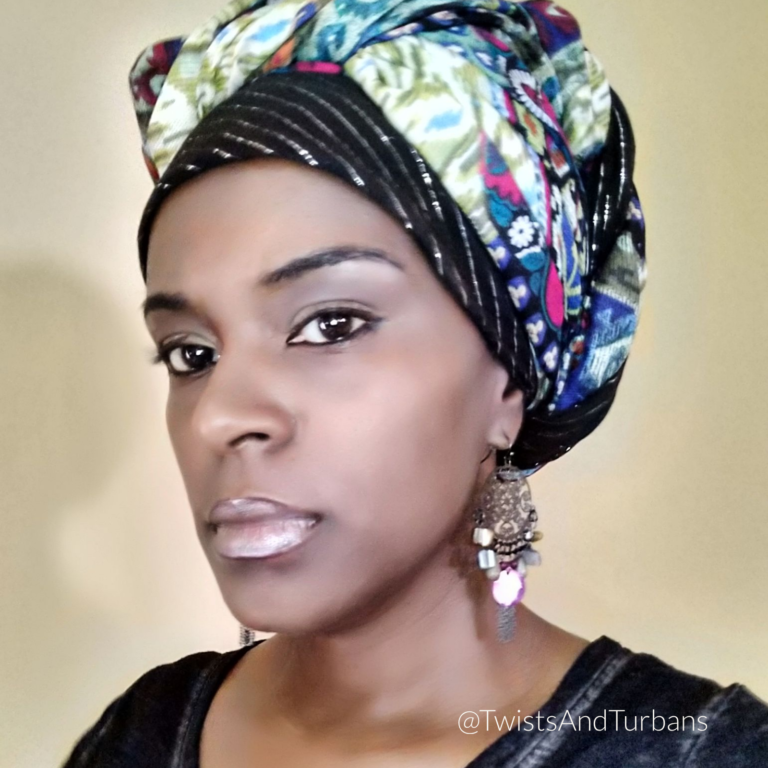 My Head Wrap Style June 2019 Hey Everyone, I wanted to share a head wrap style I created for the month of June 2019. I’ve fallen in love with headwrapping and created so many styles that I wanted to start posting some of them more frequently on this blog. The styles will include headwraps for… 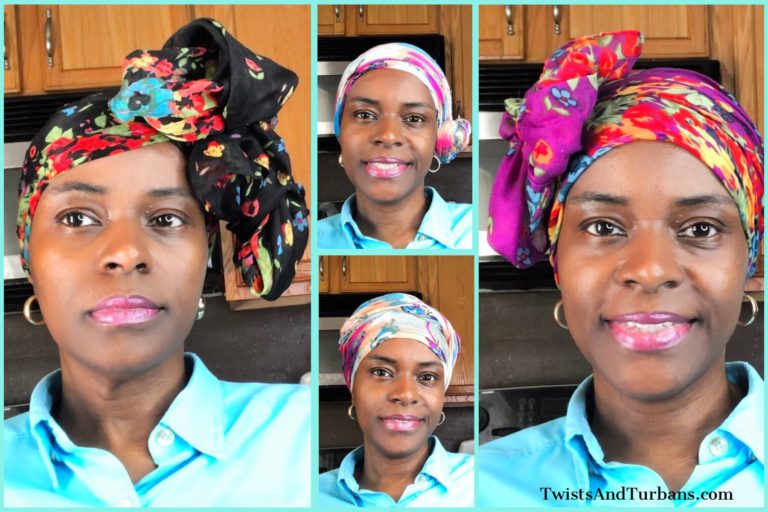 Rectangular Scarf Head Wrap Styles Without further delay, here I am sharing my rectangular scarf head wrap tutorial! Which consists of 4 easy styles for the upcoming spring and summer months. Furthermore, there are endless styling options when creating head wraps with scarves. ? If you are new to head wrapping or have and interest… 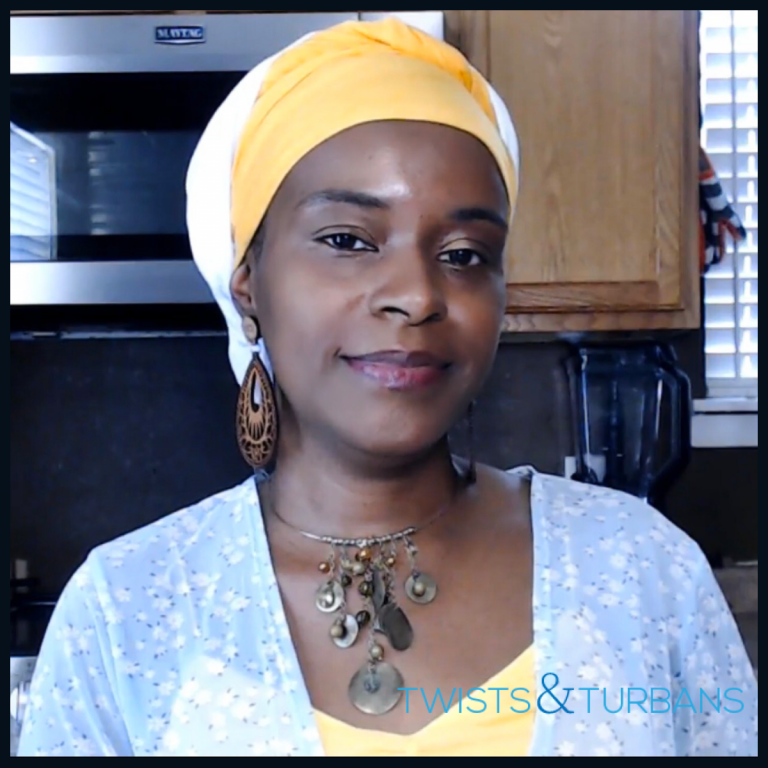 My Effortless Minimalist Hair Care Method now and going into the future. Today I am sharing my minimalist hair care method, which began with a wash-and-go styling—involving daily washing to infuse moisture into my hair strands. Then follow with mostly oiling my hair and styling in twists and braids. Furthermore, I will cover my hair… 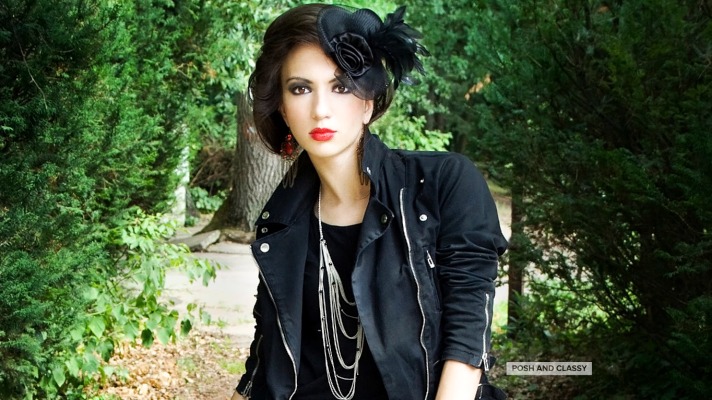 Achieve a Sharp and Bold Look: Tips for Getting an Edgy Fashion Style Discover how to create an edgy fashion style with tips and tricks from expert fashion gurus. Learn the ins and outs of creating a bold, unique look that expresses who you are. What is an Edgy Style? Edgy style is a fashion… 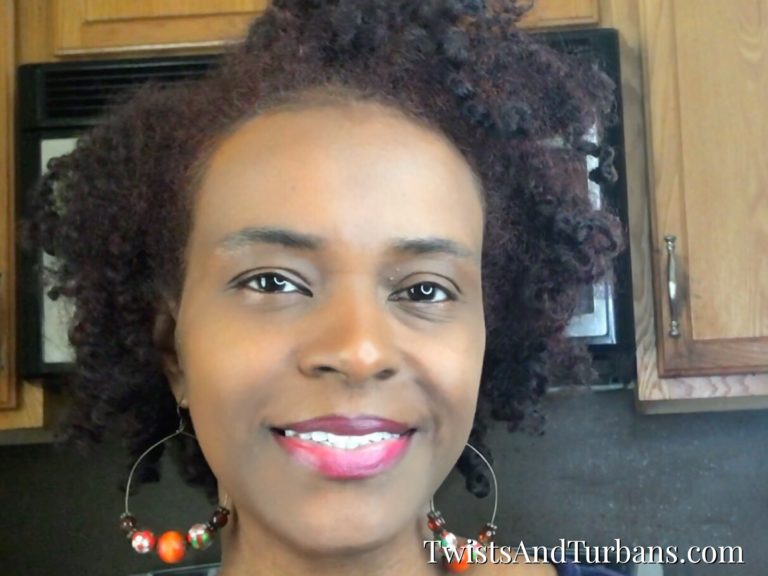 Permanent Hair Dye For Grey Hair  | I?m Back To Red Today?s topic is about understanding permanent hair dye for grey hair. Furthermore, as you can see, I?ve recently dyed my natural hair. I?m back to my favorite red hair color. Simply because I want to have fun experimenting with color! Most of all, I… 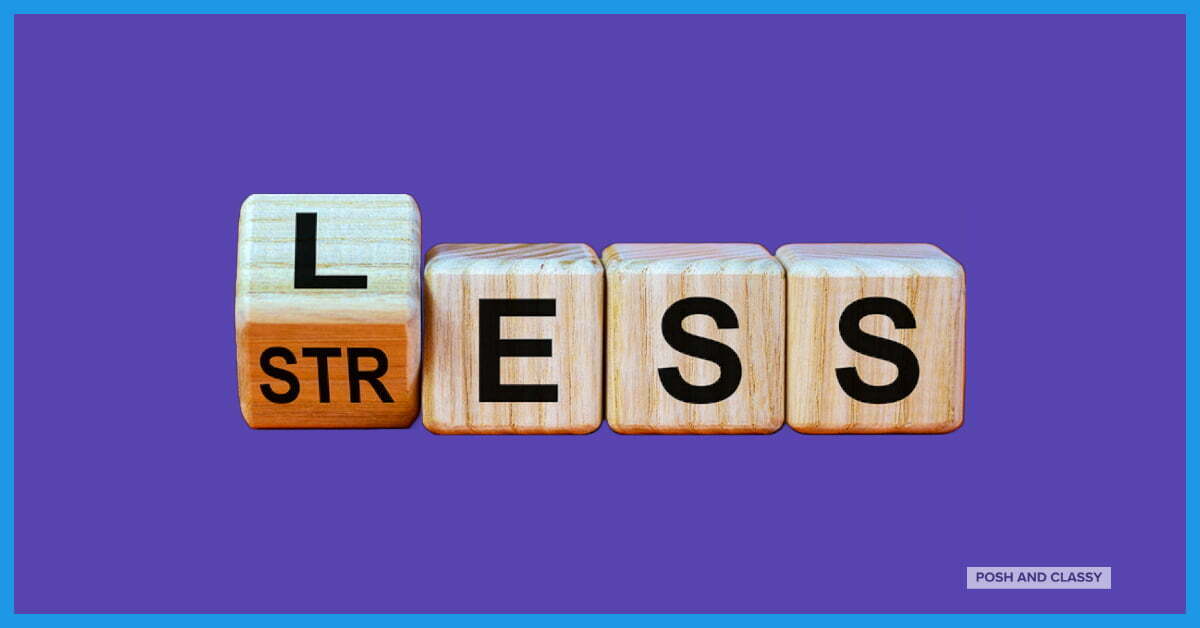 Discover How to Stress Less and Live Better! Stressing Less &